A downloadable game for Windows

Aqua, a Slime from the Slime Forest, falls in love with Taylor, a young man from the neighboring village. Determined to win his heart, Aqua takes the form of a human and visits Taylor. While she's in the village, Aqua also meets Taylor's childhood friend Alex and falls for her as well.

Aqua has seven days to make Alex or Taylor hers. Will she win these Humans' hearts over, or will her slimey-ness work against her?

This game was originally created for Indie Game Maker Contest 2015. The original contest submission can be found here.

There REALLY needs to be more of this sort of thing (No, I don't mean non-hostile "aliens from outer space", there's tons of other titles out there that already have that covered in a uncountable number of ways, like the "Mass Effect" series for instance) for slimes and especially slime girls, the latter of which I love a tremendous deal.  (It's a literal gold mine that's just being left there, it sounds ridiculous but it's the unfortunate truth... ^^;)  Couple it with Yuri?   It's two of my favorite things mixed together, absolutely love it! <3 <3

I managed to get the "Alex End 1: Home" and I think that it might be the best ending on the Alex route, or is there an even better ending for her perhaps?  I want the best Yuri ending there is for Slime Heart, but I have a feeling that this one is it, especially with Alex's love-filled confession. ^-^

I'd rather not do the non-best endings for the Alex route just for the bonus content code for Alex though, unless you're fine sharing the code with me privately then I would greatly appreciate it. :>

All-in-all, i'm disappointed that you couldn't go on dates with Alex like Aqua could with Taylor... :(   But regardless, loved the ending I got with Alex. :3

I'm really glad you liked the game! And yes, you did get the best ending with Alex. Congrats! :D And yeah, I'm totally cool with sharing the code with you for the bonus stuff

ha ha  Alright, thanks so much for letting me know then, for both those things.  ^-^ If you have Discord then you can let me know privately there.  My Discord name is "Orcone" without the "s.

Okay! Oh, I'm also gonna need the four digits after your username too

Alright, here you go: Orcone#0895  (Sorry, i'm not a total pro of Discord, I merely just use it to talk to others about various titles I hold interest in and so forth)

No worries! I sent you a friend request, so just accept it and I'll send over the code

OMG, the idea and concept is brilliant, I swear!! Gonna play it!

Was this done in VX Ace?

Just thought I'd let you know that I did a Let's Play of this game for Valentine's Day this year! Here's the link if you wanna have a look at it:

Overall, while I wasn't a huge fan of the character art, I really enjoyed the characters and the concept itself. If you were to pick this up again, the idea of a slime falling in love with an adventurer is really sweet and has a lot of potential. The gameplay loop is solid and well-executed, if lacking in a variety. I've only played the one ending so far, and I sorta sucked, but I'm keen to pick this up again in the future!

Sorry for the late response but thank you so much! I'm glad you liked it! I also just left a comment on the video 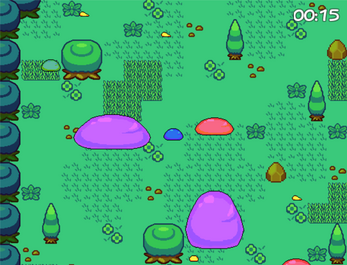 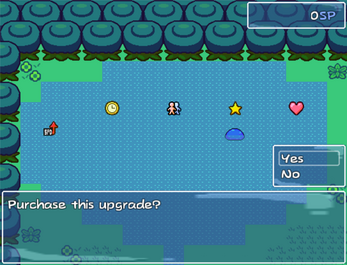 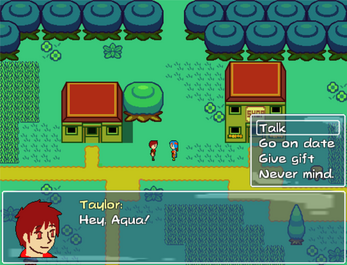 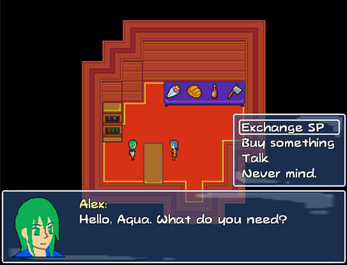 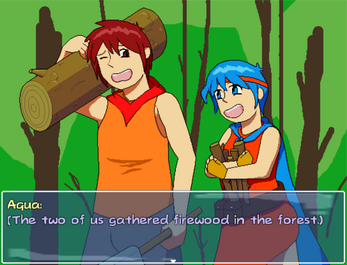